Michael R. Miniatures has some great new offerings on Instagram.  Cute miniature pumpkins and potion bottles plus these fabulous hat racks for the discriminating witch. 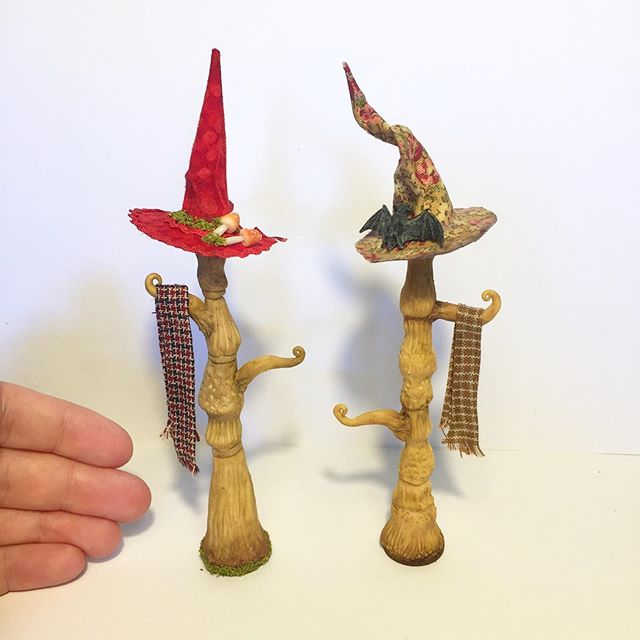 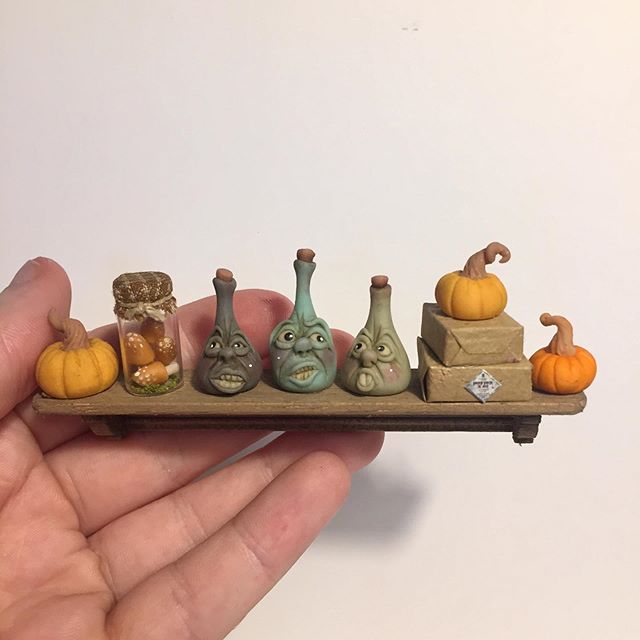 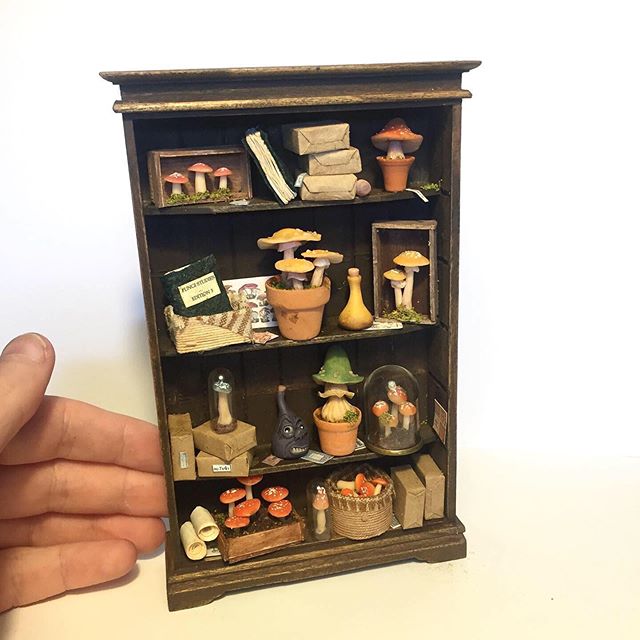 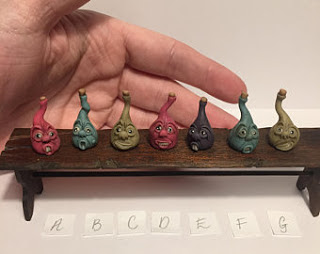 You can purchase his super miniatures here in his Etsy shop.
Posted by Lady M at 2:17 PM 3 comments:

My cactus sprouted some balls this year, making it look a little phallic. 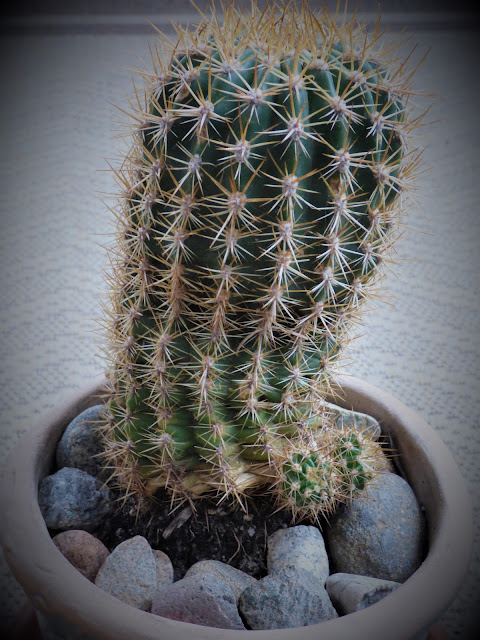 Gardening is the hobby taking most of my time at the moment.  You can blame my desire to be outside on my lack of blogging. It's a good year as I am staying home more than usual making it extra easy to give the garden the attention it needs.  I planted my cauldron with black and yellow plants and found these adorable tombstones to embellish it.  Looks like a little graveyard now. 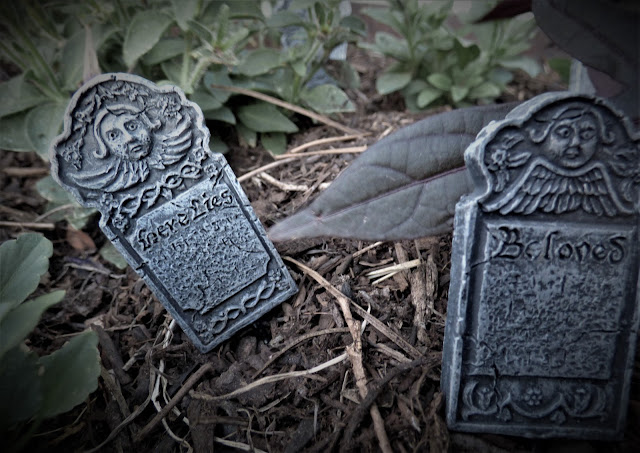 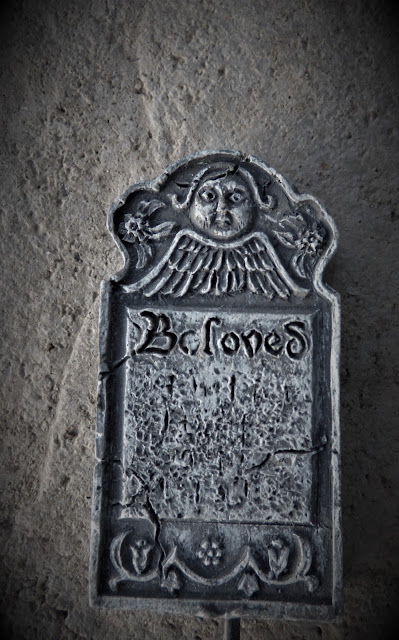 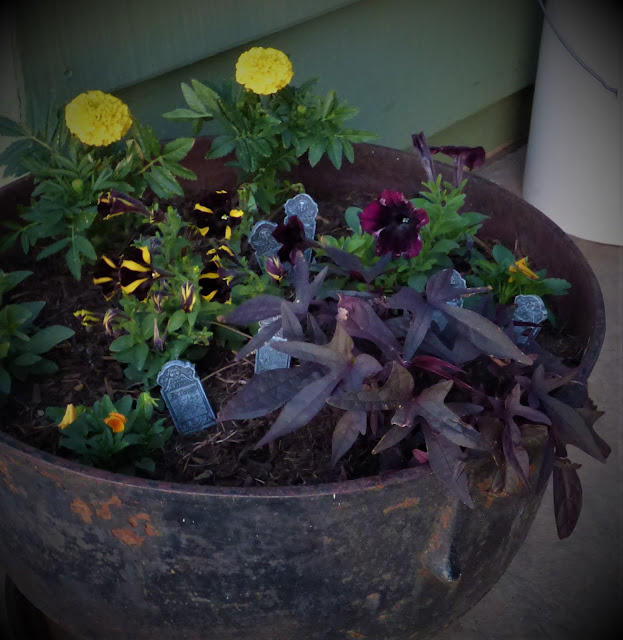 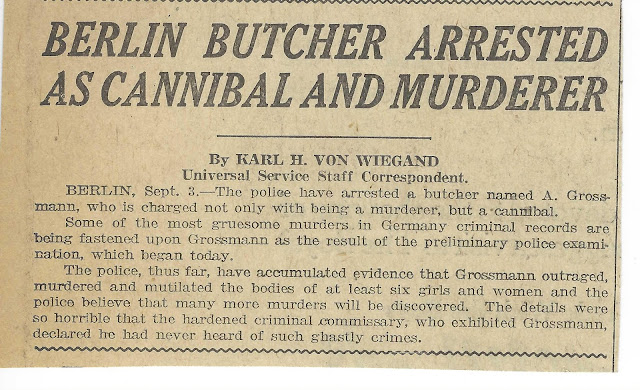 First we have the Berlin Butcher, who stalked train stations looking for his female victims.  During the first World War he also sold meat - human meat - on the black market.  Nobody knows how many woman he killed but was eventually caught when neighbors called the police to his apartment after hearing a large commotion. 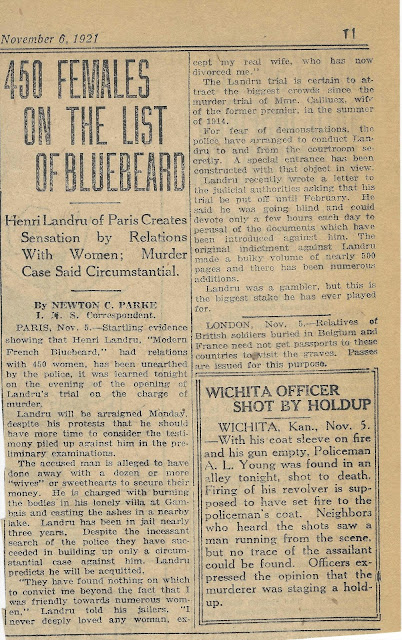 Next we go to France where Henri Landru nicknamed Bluebeard, murdered many  women during World War I.  A con artist, Landru found his victims through lonely hearts ads.  Using false identities, he  would string them along as he gathered information on their finances, then lure them to a rented villa to be murdered.  He'd steal  all their possessions and start again.  He was eventually caught largely through the actions of Marie Lacoste, the half sister of one of his victims. 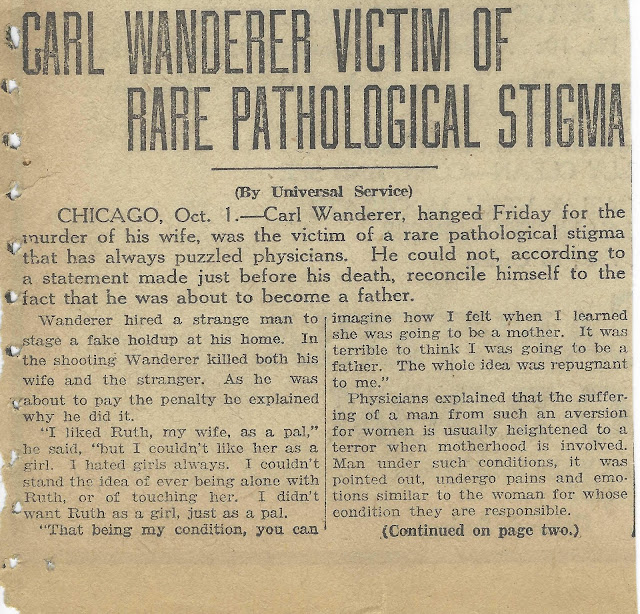 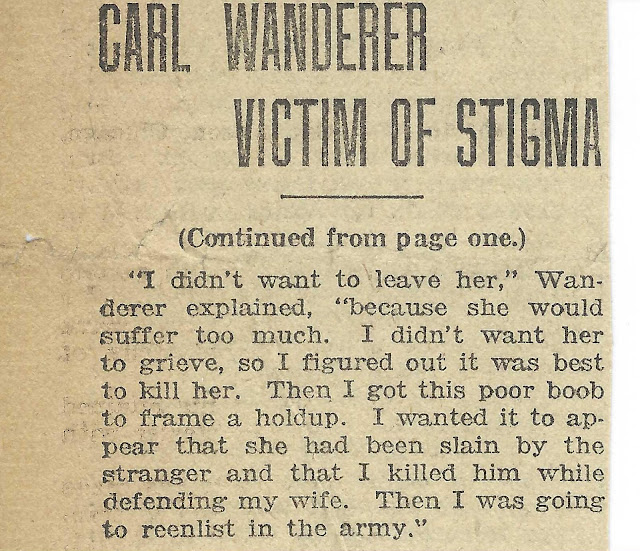 When Carl Wanderer  wished to get rid of his wife Ruth who was expecting their first child, he enlisted the help of a ragged stranger to follow the couple. Carl then shot them both and blamed his wife's murder on the vagrant.  The police quickly became suspicious when they discovered Carl's affair with another young woman.  The stranger's identity was never discovered and despite his scruffy clothing,  he had a recent manicure and was closely shaven suggesting that he was not a penniless vagrant.

Finally our last infamous character from 1920 is Admiral Vermilion. 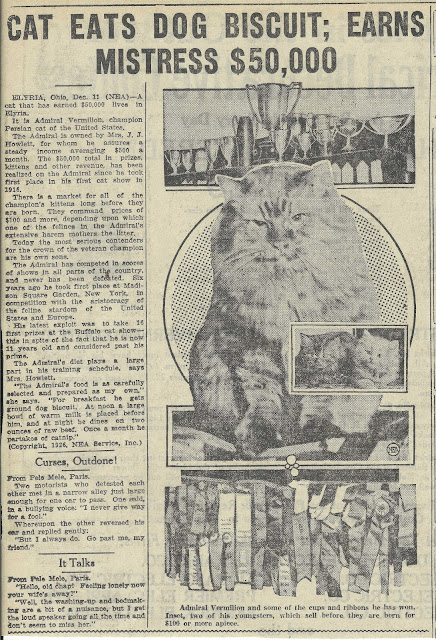 Yep a cat that eats dog biscuits.  As far as I know he did not murder anyone but had a lot of sex resulting in many offspring.  Good thing he did not make Bluebeard's list as he was quite wealthy.
Posted by Lady M at 10:24 AM 4 comments:

I recieved a notice in my inbox that the Creepy Crafters marketplace is coming soon.  You can subscribe to their emails here.  Some of their featured artists look great!

So the Infidels 753's last link up round featured cats riding in tanks created for them by their bored quarantined humans.  I shared this with Baby M and the Son of Nell and low and behold, they made one for their cats.

Featured below is my favorite grand kitty Toothie (named for How to Train Your Dragon) riding in a pandemic tank. 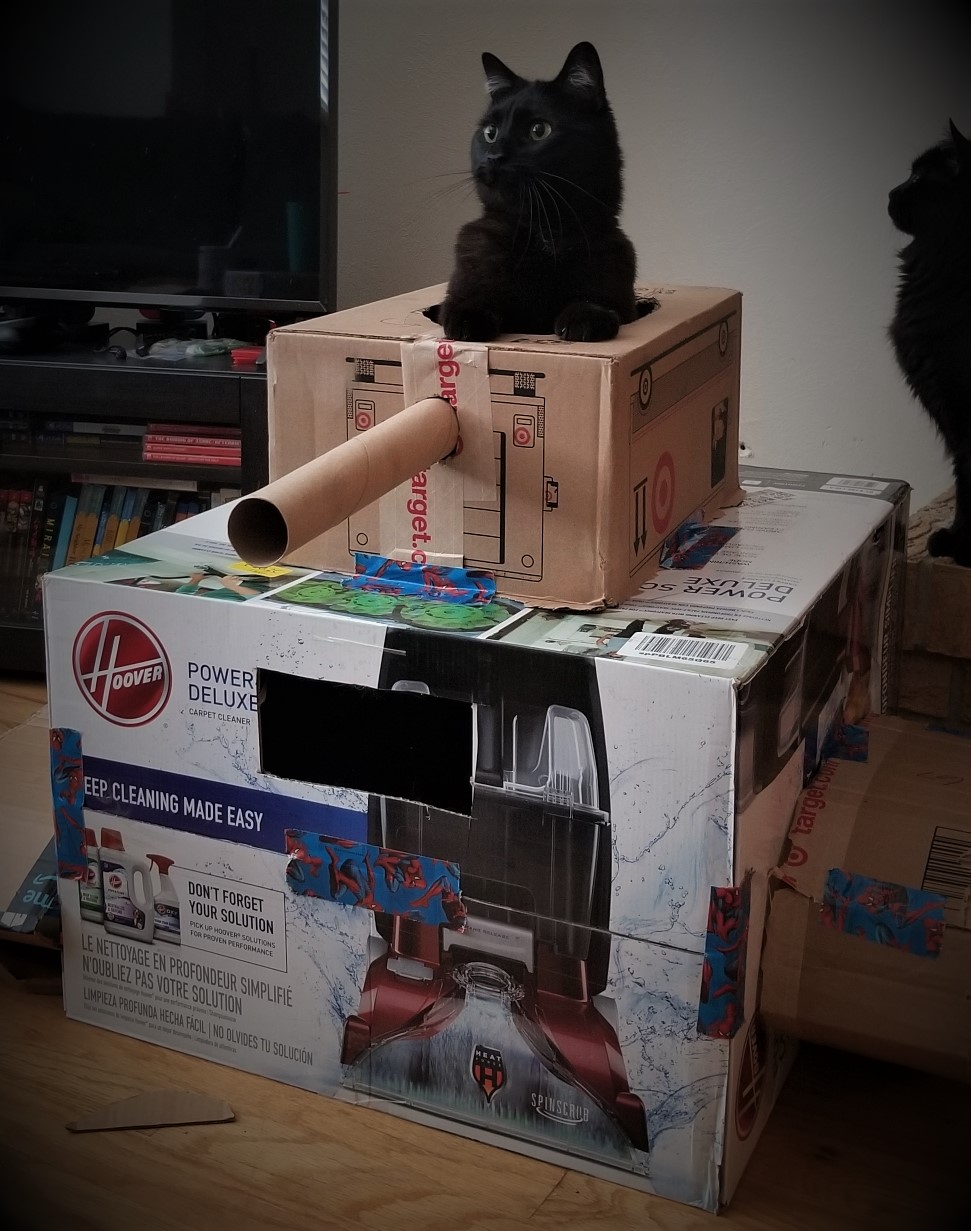