I found more skeletons strolling around Manitou on Sunday.  Here at the Keg, they have a salute to Harry Potter. He's hanging from the ceiling on a broom chasing some keys with wings as a skeletal Hedwig looks on.  On a sadder note, the Keg was burgled Monday Night. 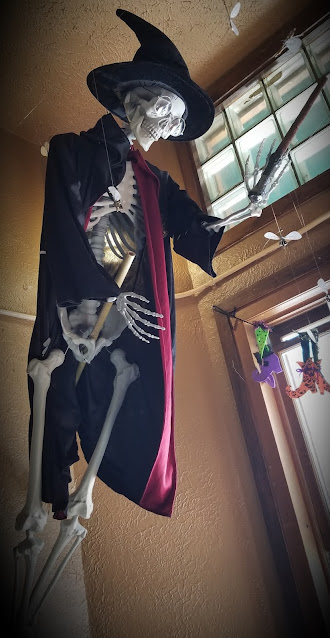 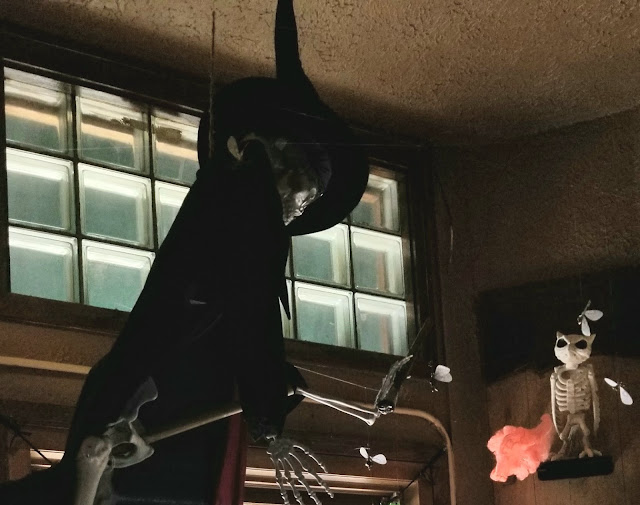 Skye Candle way down at the west end of town, has a giant candle making skeleton studying up on Hygge.  They have had a rough year with all the construction going on at that end of town. 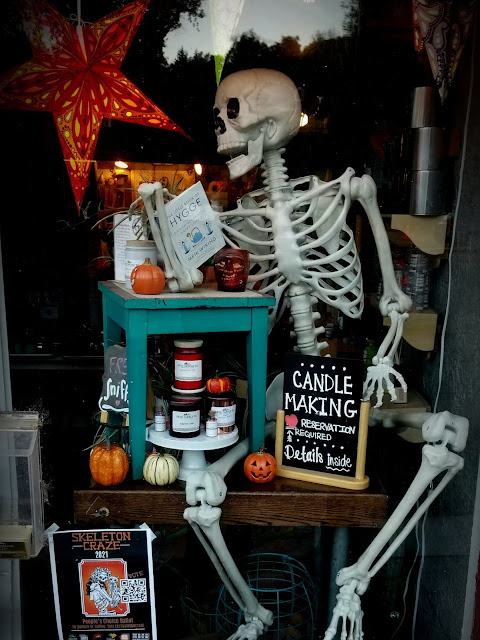 Southwest silver has gone for a fortune teller theme again this year.  Buddy the punk rocker is attempting to contact dearly departed souls who are hanging as little ghosts. 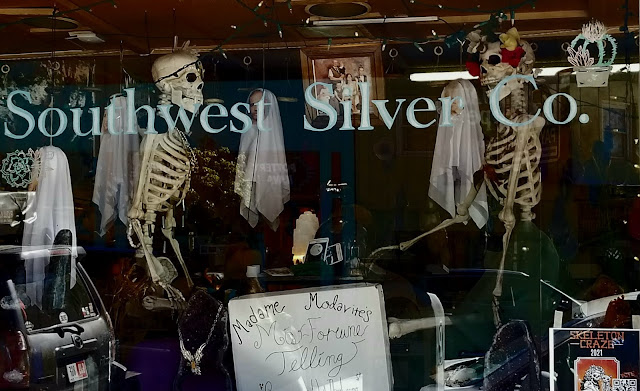 Mountain West, has done a Stephen King theme.  It features Pennywise, the author at a desk and a terrified youngster in bed. 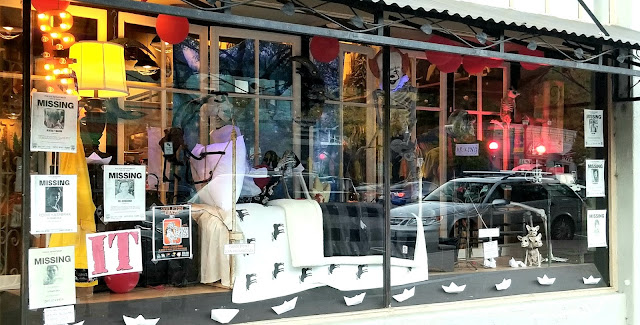 Here is some detail since the glare is so bad on the window above. 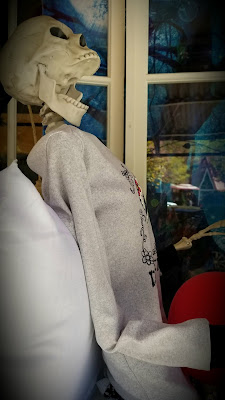 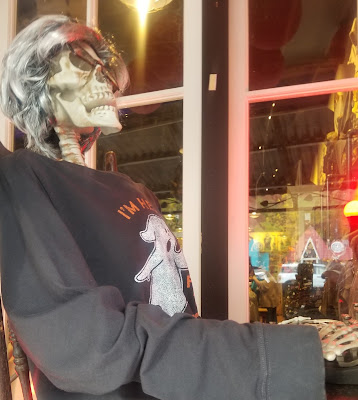 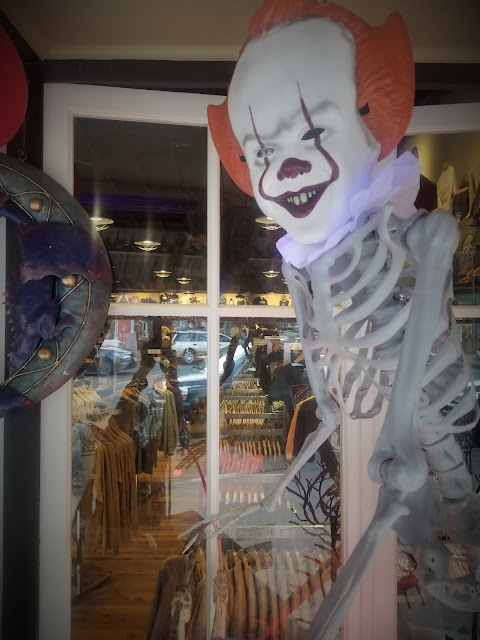 Barn+Swallow has a wacky female Sheriff who is gonna lay down the law with her revolver and bulging red eyes. 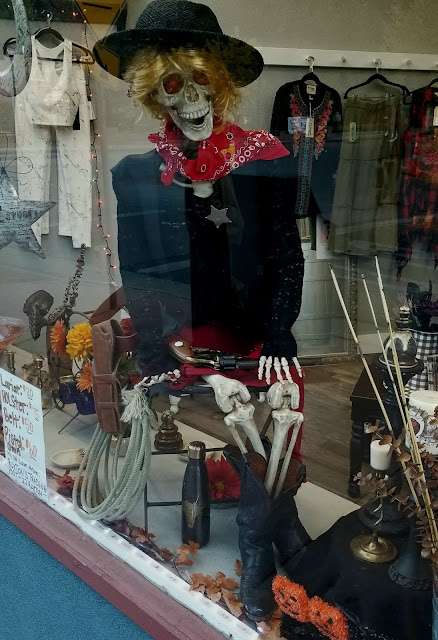 The Hemp Store had returned to the witch with a display named "Double bubble toil and trouble" but added a second skeleton and a bit more detail.

Twin Bears has a fellow who looks his like alien abduction is imminent! 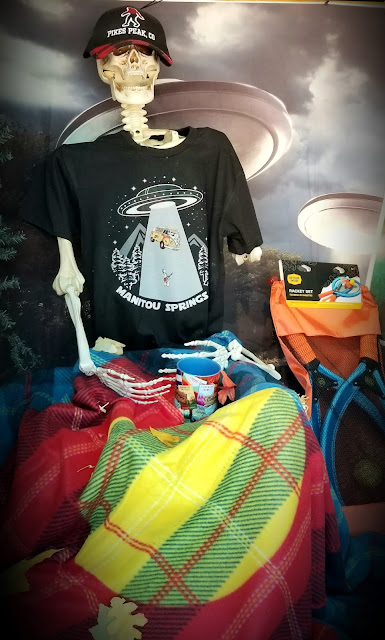 Adam's Mountain Cafe' where his Lordship and I had a delicious lunch today (they have some fab vegan offerings) have painted this ancient warrior.

Well that is all I have for today.  But a lot more on there way - turns out only 30 business registered but a lot more put out skeletons!